To share your memory on the wall of Albert Sitnik, sign in using one of the following options:

Provide comfort for the family of Albert Sitnik with a meaningful gesture of sympathy.

Born in Syracuse on November 23, 1949, he was the son of Norbert and Ruby Sitnik. He was a graduate of East Syracuse Minoa High School, Class of 1968. Al served in the United States Marine Core. He worked for Fremont Bakery, New Process Gear, and worked with his son Cassie with there family business Kirkville Home Works.

Albert was an avid outdoorsman. He truly enjoyed his trips to Canada with his friends, at which he had many. He worked and played hard. Al also enjoyed working around the house. Remodeling and gardening. He was thoughtful and a kind neighbor and friend. Both here at home and in his adopted home in West Virginia. He was a high school athlete, playing lacrosse, football and wrestling. He lived life to the its fullest and will be missed.

Calling hours will be Saturday, May 4, from 10 to noon at the R.H. Schepp & Son Minoa Chapel 6530 Schepp Corners Road, Minoa. A memorial service will follow at noon at the funeral home. Burial will follow at St. Mary’s Cemetery, Minoa.

Receive notifications about information and event scheduling for Albert

We encourage you to share your most beloved memories of Albert here, so that the family and other loved ones can always see it. You can upload cherished photographs, or share your favorite stories, and can even comment on those shared by others.

Posted May 05, 2019 at 09:13am
To Al's family and friends, Sending my deepest sympathy to you. I was just talking about him a couple of weeks ago to my husband. We were talking about him and how we used to enjoy his company when he came into the restaurant (Kochy's) Al was alot of fun to talk to.Dale and I always asked him how Norbert was ! I am sorry i missed the service for him yesterday. With love gail cook
Comment Share
Share via:
DD

Posted Apr 29, 2019 at 06:08pm
Please accept our most heartfelt sympathies for your lossour thoughts are with you and your family during this difficult time.

Devin Disque purchased the Medium Dish Garden for the family of Albert Sitnik.

Posted Apr 29, 2019 at 01:06pm
Dear family, you are in my thoughts and prayers during this difficult time. Al will be missed, indeed. He was one steady soul, hard worker, and good friend. God bless you and give you peace, and may He receive Al with open arms. Tom Hill
Comment Share
Share via:
CW

Cheryl and Cathy Wicks purchased flowers for the family of Albert Sitnik.

Posted Apr 28, 2019 at 03:35pm
Condolences to Al's family and friends. A great classmate. What a remember a funny guy too. May he rest in peace. 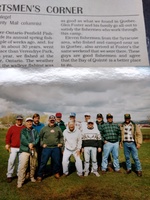