Obituary for Caryl B. Hutchens 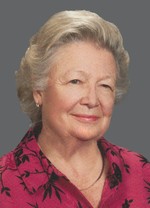 Caryl B. Hutchens, 87, of Fayetteville, passed away peacefully on September 9, 2020 from complications of Alzheimer’s, ending a happy, energetic and loving life. She was born in Brooklyn on October 27, 1932, the daughter of Carl H. and Beatrice M. Bruns. She graduated from Bayside High School in 1950 and Skidmore College in 1954 where she majored in physical education.

In 1953 Caryl married William D. Hutchens, her college sweetheart, and they later traveled to the West Coast where her husband served in the US Navy. There Caryl was engaged as a swimming instructor near the Naval base at Coronado and then at the Berkeley Tennis Club. In 1956 she returned East where she was the first female swimming instructor at Dartmouth College, and also worked as a counselor to international students. Moving to Port Washington in 1958, Caryl formed her own firm for private swimming instructions, “in your pool” as she put it, accepting clients from Long Island’s North Shore.

Also at this time Caryl developed an expertise in collecting antiques and participated in showing her wares in flea markets at such locations as Lord & Taylor’s on the Miracle Mile near Manhasset. She basically ran the business out of the family station wagon.

Not to be left idling, she next took to raising and showing basset hounds. In this field, she showed one of her bassets to championship in the American Kennel Club shows.

Caryl and Bill moved to Syracuse with Price Waterhouse in 1968. Shortly after settling in Fayetteville, she and her friend, Marcy Caldwell of Manlius, formed the firm of Hutchens & Caldwell, specializing in appraisals, estate sales and auctions. Their numerous auctions often brought standing room only turnouts. The L&JG Stickley auction in 1982 in Fayetteville included thousands of articles from the homes and camps belonging to those famous leaders of the Arts and Crafts movement. It ran over three days and attracted bidders from London to California.

H&C’s often quoted maxim read: “We sell your bucket when you kick it!” Caryl was a “doer” and always full of suggestions for making things better. And she did it all extremely well!

Caryl’s keenest interest was in being with her husband at their Adirondack camp on Livingston Lake in the Adirondacks or on hunting trips they took together across North America. Bill loved to tell the exciting story of Caryl shooting a black bear on one occasion in the Adirondacks. It made a headline and picture in the sporting pages of the Post Standard in 1977.
She was active in local Syracuse community matters, serving as a Cub Scout and Brownie leader, on the vestry of Trinity Church in Fayetteville, and a volunteer in the Nearly New Shop. She was a member of the Corinthian Club and the Onondaga Golf & Country Club where in 1972 she won the Ladies nine-hole President’s Cup. She was an excellent tennis player, playing at Sedgwick Farm Club and Limestone Club in Syracuse, and the Douglaston Club in Douglaston, NY. She often played doubles with her husband in tournaments. She was an expert gardener, winning a special medal presented to her at the tender age of 8 by the New York Herald Tribune, and later she was a member of the Syracuse Garden Club.

She spent winters in recent years in Osprey, Florida where she was a member of the Mission Valley Golf & Country Club, the Venice Yacht Club, and the Southbay Yacht and Racquet Club.

Caryl was a loving wife and mother to her children. She loved all her grandchildren and especially enjoyed teaching them all grandmother things from needlework to swimming to gardening. She was a gracious hostess and had a contagious and enthusiastic spirit for life which she shared with her family and many friends. She will be greatly missed by all who have been so fortunate to know her.

She is survived by her husband of 66 years, Bill; son, William D. Jr. (Tracy) of Concord, NH; grandchildren, Caroline, John, Scott, and Katharine; and four great-grandchildren; and daughter, Nancy H. Reif (Stephen) of Venice, FL and Fayetteville; grandsons, Theodore and Andrew; and granddaughter, Genevieve. She is also survived by a sister, Joan Silvey (Jerome) of Sarasota, FL and two nephews.

The family wishes to acknowledge the many years of loving care and attention by Annette Smith and our team of caregivers.

Due to the COVID 19 virus and with respect to the safety of others, the family regrettably decided there will be no calling hours and services will be private.

In lieu of flowers, those who may wish to make a contribution in memory of Caryl may do so to Trinity Episcopal Church, 106 Chapel Street, Fayetteville, NY 13066 or The Wild Center, 45 Museum Drive, Tupper Lake, NY 12986-9712 or any charity of choice.