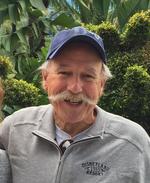 Charles Fredrick Waybright, age 79, of Kirkville NY, peacefully passed away Wednesday evening, November the 27th, 2019, in the presence of loved ones.

Born in 1940 to Mary Elizabeth Waybright and John Jennings Waybright, Chad found an early love of drumming and, in particular, jazz music. It was a love that lasted throughout his life.

After briefly attending Berklee School of Music in Boston, he then joined the United States Army in 1961. Specializing in cryptography, he was stationed in Pirmasens, Germany. He was honorably discharged in September, 1964.

Chad was driven by a curiosity for anything with gears, parts, or electricity. After returning to the US and graduating from RCA Institutes in NYC he moved to Vermont and started CF Electronics, Inc. Here he sold and serviced TVs and founded and constructed local TV service for the Londonderry, VT area. For many years afterward, he worked as a lineman. But he was most passionate about Utility Equipment Resources, a company he founded to travel the country and provide linemen with thorough and effective safety training seminars.

Chad was a tinkerer and a man of many hobbies. He was proud to be involved with his local school district, East Syracuse Minoa. He joined the ES-M marching band boosters when his daughter was in the band and stayed active and on the board for many years even after she graduated.  Soon into retirement he became a school bus driver for the district. He took great pleasure in riding his Harley Davidson, his John Deere, and in driving his Chevy pickup. Though he wasn’t one to cook much, he made a “world famous” grilled cheese and insisted (to his children’s horror) that peanut butter and pickles makes for an excellent sandwich.

Later in life, Chad became passionately interested in the history of WWII. He devoured books on the topic and made trips to Europe to further study and pay his respects. He was an active member of The American Legion, American Legion Riders and the Military Vehicle Preservation Association. He became the proud owner of “The Deuce,” a 1954 US Army 2 ½ ton truck, which he personally restored back to its 1971 appearance.  He took great joy in sharing its history with younger generations. He was a strong supporter of the National Museum of the US Army, The National WWII Museum, Clear Path for Veterans and Wounded Warrior Project.

A celebration of his life is being planned for later this spring. In lieu of flowers, donations can be made to Clear Path for Veterans, a local non-profit that serves Veterans and their families.
http://www.clearpath4vets.com/