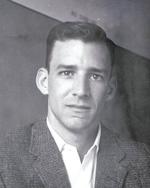 Dan attended LeMoyne College, The Delhi Institute and Syracuse University. He graduated from Fayetteville Manlius High School where he was a star athlete on the 1955 New York State Section 3 basketball championship team, and was subsequently inducted into the Fayetteville Manlius Hall of Fame. He was a civil engineer by education, and worked 33 years before retiring from the New York State Department of Transportation as an assistant civil engineer.

Dan was a true outdoorsman as evidenced by his enduring passion for hunting and fishing. He was also an active member of the Fayetteville Manlius Alumni Association, and he enjoyed many longstanding friendships with his fellow Fayetteville Manlius graduates and their spouses.

Dan was an exceptionally intelligent person, self taught on investments, computer technology, and woodworking. There was nothing he could not fix, as evidenced by his 55 years of renovating and maintaining his home in Manlius.

Dan's family is pleased to invite his many friends to attend a Memorial Service and Celebration of Life in his honor which will be held at the Newell-Fay Manlius Chapel, 8171 Cazenovia Road, Manlius, New York on the 15th day of February, 2020 at 11 AM. An informal reception will immediately follow at the Calvary Club, 4801 Troop K Road, Manlius, New York. There will be no calling hours. Internment of cremated remains will be private.

In lieu of flowers, donations may be made in Dan's memory to the American Lung Association.