To share your memory on the wall of Donald Hotaling, sign in using one of the following options:

He was a former member of Pompey Rod & Gun Club and a lifetime member of the National Rifle Association. Don enjoyed hunting and came in second twice at the cabin 500.

He was predeceased by his father, Donald Hotaling, son, Michael Hotaling, in-laws, John and Connie Tily and sister-in-law, Joan Tily.

Private services will be at Jamesville-Walnut Grove Cemetery.
Read Less

Receive notifications about information and event scheduling for Donald

Print
Services will be private.

We encourage you to share your most beloved memories of Donald here, so that the family and other loved ones can always see it. You can upload cherished photographs, or share your favorite stories, and can even comment on those shared by others.

I am so sorry to hear of Donnie's passing. He was always there to help anyone any way he could. Many fond memories of a great guy. Tony Fallico said it best: "Heaven gained a wonderful soul"

Posted Jul 14, 2020 at 08:28am
Dear Bonnie and family, We are so sorry for your loss and your broken hearts. Please know that you are in our prayers and thoughts. Love, Brad and Judy.
Comment Share
Share via:

Posted Jul 13, 2020 at 11:43am
I worked with Donny for several years at the Carrier Transicold factory branch back in the mid 90's. Very fond memories of him mentoring me and playing pitch at lunch time. My sincere condolences to Donny's family.

Posted Jul 13, 2020 at 08:31am
So sorry to hear of Don's passing. I worked with Don for may years at Carrier. Don was a wealth of knowledge that will be greatly missed. My condolences to the family.
Comment Share
Share via:
JH

Posted Jul 12, 2020 at 09:23am
Bonnie, We are sorry for your loss. Our prayers and thoughts are with you and your family.
Bob & Judy Humeniuk
Comment Share
Share via: 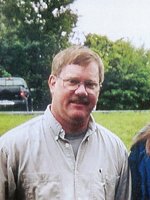