To share your memory on the wall of Donald Kopp, sign in using one of the following options:

Born on October 25, 1950 in Syracuse, he was the son of Richard and Virginia Kopp. He was a graduate of St. Mary’s High School in Cortland and TC3 in Dryden. Don began his career nearly 40 years ago with Empire Airlines and was currently employed with American Airlines.

Don had a strong faith, enjoyed playing golf, listening to music, traveling, and especially his love for his grandchildren.

He is predeceased by his parents.

Contributions in his memory may be made to Memorial Sloan Kettering Cancer Center, P.O. Box 5028, Hagerstown, MD 21741.
Read Less

Receive notifications about information and event scheduling for Donald

We encourage you to share your most beloved memories of Donald here, so that the family and other loved ones can always see it. You can upload cherished photographs, or share your favorite stories, and can even comment on those shared by others.

Posted Nov 12, 2019 at 11:27am
Hi Dick Kopp - So sorry to hear of Brother Donald's death. Prayers for your strength through these day. Peace Brother Bill Mesmer.
Comment Share
Share via:
JB

Posted Nov 09, 2019 at 01:35pm
Sorry for your loss . Prayers for your family. The brokenshire family : judy tom Amy Jennifer steve

Posted Nov 08, 2019 at 01:33pm
Saddened to learn of Don's passing. His faith was evident. Enjoyed working at Four Flags Steak House in Homer NY in the early '70s, playing golf and listening to Blood, Sweat and Tears with him. First right handed golfer I ever saw putt lefty! My condolences to his family.
Comment Share
Share via:
LE

Posted Nov 08, 2019 at 11:36am
Please accept the most heartfelt sympathies of Le Moyne College. We hope the love and memories you will forever hold in your heart bring you peace and comfort during this difficult time.
Comment Share
Share via:
KO

Posted Nov 08, 2019 at 09:05am
Don was kind, fun, witty, wise, and upright.
I regret I will not be able to celebrate his Mass of Resurrection. He leaves us so many happy memories to cherish and fill the gaps in our hearts. A race well run, Donnie! Love and God's peace to the family. You continue to be in our thoughts and prayers.
Comment Share
Share via: 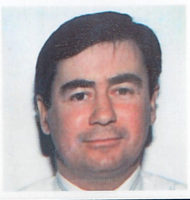