To share your memory on the wall of Dorothy Armbrust, sign in using one of the following options:

Dorothy began her work career at Niagara Mohawk Power Company in Syracuse, New York. She then took employment with Precision Castings Company (Accurate Die Casting) in Fayetteville, New York as a secretary. Late in her work career she was employed by Dey Brothers store in Dewitt, New York. Dorothy resided in her Fayetteville home 64 years until 2018 when health issues resulted in her relocation to Arizona to be close to her two sons.

She enjoyed gardening, traveling, and routinely socializing with her friends. That often included playing cards. She especially enjoyed traveling with her friends to many destinations in her beloved New York State.
Dorothy was also preceded in death by her husband Curtis K. Armbrust in 1990, and her daughter-in-law, Debbie Armbrust (Jim) in 2017.

A private celebration of life family gathering is being held in Mesa, Arizona on Friday, October 2, 2020.

Funeral services will be conducted on Monday, October 5, 2020, at 2:00 p.m. (EST), at Eaton-Tubbs Fayetteville Chapel, 7191 E. Genesee St., Fayetteville, New York. Burial will be in the Fayetteville Cemetery.
Read Less

Receive notifications about information and event scheduling for Dorothy

We encourage you to share your most beloved memories of Dorothy here, so that the family and other loved ones can always see it. You can upload cherished photographs, or share your favorite stories, and can even comment on those shared by others.

Posted Oct 05, 2020 at 09:00am
I am sorry I cannot attend the funeral today, but I wanted to give my best and my love to Dorothy's family. I did not know her, but have been friends with Ronnie for many years, and his love for his Mom was never a question. May she rest in peace, knowing that her sons deeply loved her and wanted to be with her in her last years. If there wasn't a pandemic, I would be there in person, but for now, this is all I can offer. Much love to you all and hope to see you when things get better.

Posted Oct 01, 2020 at 04:14pm
Sending so much love, Dorothy. We were neighbors who became good friends and I’ll always cherish our card games and especially our lunches and dinners out at various restaurants. Your friendship, humor and great conversation was one of the highlights of living in our neighborhood. ❤️💞
Comment Share
Share via: 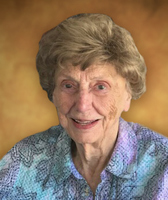