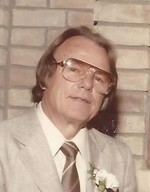 On Thursday, June 4th, Dr. Matthew J. Wayner Jr. of San Antonio, TX and Fayetteville, NY passed away peacefully in his sleep at the age of 92. Dr. Wayner was predeceased by his loving wife and travel companion of almost 70 years, Therese M. Wayner, in 2015 and a brother, Richard Wayner.

Dr. Wayner was born September 7th, 1927 to Matthew and Mary (Kravath) Wayner in Clifton, NJ. Matthew and his parents eventually settled in New Bedford, MA; where Dr. Wayner met and married Therese in 1946. Dr. Wayner served honorably in the United States Navy, training as a pilot during the Korean War.

Dr. Wayner’s lifelong devotion to education and research is well established and documented. He received his bachelor’s degree from Dartmouth College in 1949, his master’s degree from Tufts College in 1950 and his PhD from the University of Illinois in 1953. After receiving his PhD, Dr. Wayner taught psychology at Syracuse University and earned his tenure in 1960. During this time, he was a visiting professor at Florida State University, Arizona State University and other universities abroad such as Kanazawa University, Japan, La Trobe University, Australia and the National Defense Medical Center, Republic of China. At the time of his resignation in 1982 from Syracuse University, Dr. Wayner was the director of the Brain Research Laboratory and both the Undergraduate and Graduate Programs in Biopsychology. He then accepted the positions of Director of Life Sciences and Blumberg Professor of Life Sciences at the University of Texas, San Antonio. In 1992, he accepted the position of Adjunct Professor of Pharmacology at the Texas Health Science Center in San Antonio and became the first President of the International Behavioral Neuroscience Society.

Dr. Wayner’s dedication to research and science are portrayed by the following honors: NSF Predoctoral Fellowship (1952-53), Gold Pick Axe Award from Dartmouth College (1996), Marjorie Myers Lifetime Achievement Award in Behavioral Neuroscience (1998), UTSA President’s Distinguished Achievement Award in Recognition of Research Excellence (2000),and the IBNS Award for Major Contributions to International Behavioral Neuroscience (2002). Dr. Wayner was also on the Editorial Board of nine medical journals; many of which he started himself.

As an accomplished businessman in addition to researcher, professor and scientist; Dr. Wayner, along with his wife Therese, started Ankho International Publishing Co. and Fayetteville Typesetting in Syracuse, NY. Dr. Wayner is survived by his three children, Dr. Elizabeth A. Wayner PhD of Seattle, WA, Matthew J. Wayner III MD of San Antonio, TX and Timothy J. Wayner of Fayetteville, NY; as well as his two grandchildren, Zachary Carter of Seattle, WA and Katelyn Wayner BSN, RN of Chittenango, NY.

Due to pandemic concerns memorial services are deferred and a commemorative event will be held at a later date.

In lieu of flowers charitable donations in his name may be sent to the Alzheimer's Association (alz.org).