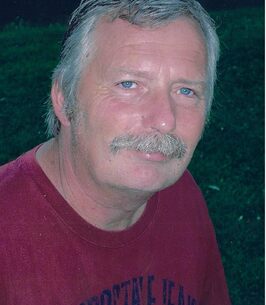 Edmund J. Backus, 68,  of Jamesville, passed away at home. Born in Sidney, NY, he was the son of the late Walter and Annabelle Backus.

Ed started his career as a machinist at Bendix Connectors (now Amphenol) in Sidney.

He moved to Jamesville in 1982 and shortly thereafter continued the machinist line of work at The Village Wrought Iron in Fabius.  Ed had a passion for figuring out how things worked, which led to his love of tinkering and creating.  Even in retirement you could find him fixing up old tractors or building his own cigar box guitars.  He was at his happiest being outdoors, watching NASCAR, playing one of his many guitars, and most of all, spending time with his family.

Ed was the kind of guy that would help you with anything you needed, from a car repair to just another set of hands to help set up your camper.  Ed had a sly sense of humor and loved telling jokes any chance he got.  He had many ways of saying “I love you,” but his favorite was “Watch the roads.”  He was a friend to all people and all animals, especially his cats.

He is survived by his loving wife of 48 years, Susan; daughters, Angela Backus, Michelle (John) Myers; son, Joseph (Karin) Backus; grandchildren, Baleigh and Ethan Myers, Michael and Sophie Backus; and several nieces and nephews. He was predeceased by his sister, Margaret Saunders.