To share your memory on the wall of Edward Burleigh, sign in using one of the following options:

Provide comfort for the family of Edward Burleigh with a meaningful gesture of sympathy.

Besides his parents he was predeceased by his brother, George Mantel.

Family and friends may call from 10 am to Noon on Monday, October 21 at R.H. Schepp & Son Minoa Chapel, 6530 Schepp’s Corners Rd., Minoa. The service will follow the calling hours. Burial will be in Pine Plains Cemetery in North Manlius.
Read Less 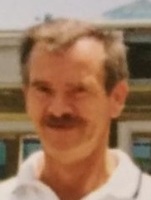