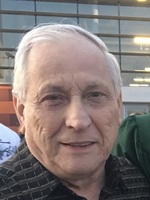 Ernest James Craw, of Chittenango NY, passed away peacefully at home on November 25, 2020, surrounded by his family and loved ones, after a long courageous battle with cancer.

Born to Donald and Hilda Craw, on April 3, 1944, at Syracuse Hospital (now Crouse Hospital) and graduated from FM Wellwood High School in 1962. He worked at ACME grocery store in his formidable years before embarking into an apprentice tool and die maker position at Onondaga Tool. He was drafted for the Vietnam war, so he had to sell his prized 1963 corvette, but because of his profession was told that he needed to stay here to make weapons for the war. Luckily, he found his true love shortly before he sold his ‘vette, and married her on June 5, 1965 (his wife, Marilyn Matzel, of Chittenango). Marilyn and Ernie started a family in Chittenango, in one of the 4 houses that he designed and constructed. (He also built two business offices). He started his own business, FayMan Electronics at that time and welcomed two children into the world, his daughter Kimberly and his son, Kevin.

After dissolving that business, he began to work in the tool and die field at Precision Castings and then at Edlund Mfg. In 1985, Marilyn and Ernie started a photography business, Candid Creations, Inc. The business was photographing cosmetology schools across the country. His broad knowledge and skills led him into starting a photo processing lab to help the business prosper. Both of his children were integral parts of the business for many years. In 2007, they decided to close up shop and retire, spending the remaining years of his life enjoying time with his family, loved ones and friends.

His favorite pastimes were playing on his Farmall Cub tractor, bulldozer and backhoe, tackling any construction or building task, fishing, going to the races, gambling or a cold Manhattan to drink. His grandchildren were the apple of his eye.

The family wishes to thank CNY Hospice and forever friends of the family, Jane and Dick Dryer for their wonderful care during his final weeks.

Due to the pandemic, a celebration of life will be held at a later date.