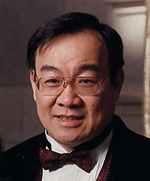 Francis Hsiao-Sung Feng, age 74, passed away on April 3, 2021 in the home he designed and built. He lived his life with so much passion for our Lord and Savior and is now at peace in the Kingdom of Heaven.

He is survived by his wife, Betty; three sons and their wives: Daniel and Yu-Ting, Michael and Esther, and Timothy and Heather; and 7 grandchildren: Grace, Sarah, Abigail, Josiah, Aaron, Julia, and Joanna. He also leaves behind his sisters, Nancy and Hanie and his brother, Peter, and their families.

He was born in China and grew up in Taiwan before attending graduate school at Syracuse University. After working as an architect and engineer at Klepper, Hahn & Hyatt, he went on to work at Niagara Mohawk for over 20 years. After an early retirement from Niagara Mohawk, he began contributing full time to his wife’s company, PEC. Through his leadership, dedication, and innovation, he grew the family company from a 2-person firm to an active and vibrant small business. He was always ahead of his time and brought many seemingly impossible ideas to life. Seeing the exciting possibilities begin to come to fruition in projects with the Department of Defense attracted his three sons to come back to join the effort in Syracuse.

Francis dedicated his life to following Jesus’ example to serve others. During his first years as a graduate student, he helped start a Bible Study group that still exists today, led by his son Daniel, focused on acclimating Chinese students from overseas to life in Syracuse. Francis was very active in church, seeking out ways to serve, mostly behind the scenes. He did not look for recognition nor accolades, but aimed to see people’s lives transformed by a life-changing relationship with Jesus Christ.

Further, Francis cared deeply for his community. As the company grew and became successful, he never forgot his commitment to the city of Syracuse and to Central New York. He was a supporter of many organizations, including Symphoria and the former Syracuse Symphony. He instilled in his sons the same strong sense of community engagement as they are also active on various non-profit boards in the area. Francis also gave back to his alma mater, continuing to support incoming Chinese undergraduate and graduate students for over 50 years.

In his spare time, Francis was always found fishing at Oneida Lake being inspired by God’s creation. Throughout his life, he impacted thousands of people who then, in turn, touched countless others. Francis’ commitment to God, His church, his family, his work, and his community will not be forgotten. Our beloved husband, father and grandfather leaves behind a legacy that will continue forever in the lives of the people he touched. He will be missed.

Due to COVID restrictions a reservation to attend the funeral service must be made by emailing: info@fengs.org

The service will begin at 10:00 am on Saturday, April 17th at Rock Center, 999 Cumberland Ave., Syracuse. The family will greet those in attendance following the service.

Those wishing to send flowers may have them delivered to Eaton-Tubbs Fayetteville Chapel, 7191 E. Genesee St., Fayetteville any time on Friday, April 16th.