To share your memory on the wall of Frank Maimone, sign in using one of the following options:

Provide comfort for the family of Frank Maimone with a meaningful gesture of sympathy.

We encourage you to share your most beloved memories of Frank here, so that the family and other loved ones can always see it. You can upload cherished photographs, or share your favorite stories, and can even comment on those shared by others.

Jon, Mike & Jackie, Randy, Cheri, Mike,Darby and Jeff Shaw, and others have sent flowers to the family of Frank J. Maimone.
Show you care by sending flowers

Posted Aug 22, 2019 at 12:59pm
My sincere condolences to the Maimone Family on their loss. I grew up in Eastwood and Margie was in my class at Eastwood High School. I became friends with Frank a few years later and we remained friends. I worked at the East Room in Eastwood and Frank would come in at times. He always had a smile on his face and a joke to tell us now and then. He was a kind man and had many people who enjoyed being around him. He was a good friend to me and I felt like I had another brother when we got to know each other. My prayers are with the Maimone Family and I will always have a place in my heart for Frankie.
Comment Share
Share via:
JJ

Posted Aug 20, 2019 at 02:39pm
Please accept our most heartfelt sympathies for your lossour thoughts are with you and your family during this difficult time.

Posted Aug 20, 2019 at 09:08am
wow, so many. He was a wonderful and caring man,who could make us laugh at a moment notice. He was a dedicated family man, a man of morals and kindness for others. We salute him for his dedication to our country and then to being a fireman most of his life... we remember so well , when we were all helping Mark Hodge, build his home on the Island, climbing to the top with only a rope to hang on to.... all the great picnics at Potters Beach... when Frank, would make a famous remarks that sometimes got us into trouble with his wife at his side... may the Lord be by your side... we loved you and will miss you very much
Comment Share
Share via:
HS

Posted Aug 20, 2019 at 08:41am
We love you and will miss you forever Uncle Frank. Thanks for all the laughs and good memories, save a boat ride in the sky just for us.

Flowers were purchased for the family of Frank Maimone. Send Flowers 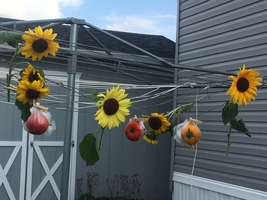 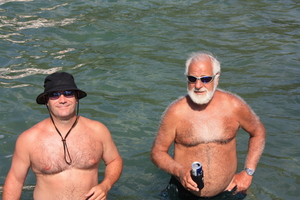 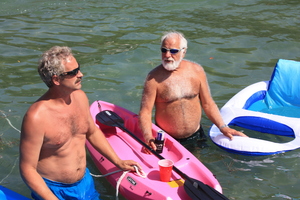