To share your memory on the wall of Gail Roethel, sign in using one of the following options:

Print
Gail W. Roethel, 81, of the Nottingham, died on July 9, 2020, at the Nottingham. A former resident of Fayetteville, she was born on December 3, 1938 in Brooklyn, N.Y. to Daniel and Ethel Whitehead.

After graduating from the Mary L... Read More
Gail W. Roethel, 81, of the Nottingham, died on July 9, 2020, at the Nottingham. A former resident of Fayetteville, she was born on December 3, 1938 in Brooklyn, N.Y. to Daniel and Ethel Whitehead.

After graduating from the Mary Louis Academy in Jamaica, N.Y. in 1956, Gail attended Pace College in New York City while working as a secretary for U.S. Trust, earning a degree in secretarial administration.

In 1960, she married her husband, Harold, and moved to Trenton, N.J. After a brief stay in Trenton, they moved to the northern New Jersey area, eventually settling in Maplewood, where Gail was a member of the Women’s Club for several years.

In 1974, Gail moved to Fayetteville, N.Y., with her family, where she was an active member of the local chapter of Beta Sigma Phi and taught religious education at Immaculate Conception Church. She eventually resumed her career in the early 1980’s, working as an accounting manager for several years at The Smith Group, a former advertising/public relations agency in Syracuse. Gail retired in 2002, two years after The Smith Group merged with Eric Mower and Associates.

During retirement, Gail served as a board member for several years with the Fayetteville Senior Center, including vice-chair, and co-chaired several successful fundraisers.

Gail enjoyed many hobbies, including gardening, tennis, sailing, reading, sewing and hiking in the Adirondacks. She was a member of Willowbank Yacht Club in Cazenovia, Drumlins Tennis in Dewitt and the former Limestone Tennis Club in Manlius.

She was predeceased by her parents; sister, Carolyn Wertz; son, Steven; and a niece, Elizabeth.

She is survived by her husband, Harold Roethel, of Jamesville, N.Y.; her brother, William Whitehead, of Red Oak,Texas; her daughters, Mary Frances Turnbull (Michael) of Tampa, Fla., Jennifer Roethel of Syracuse, NY; Cara Ross (Richard) of Fayetteville; and a grandson, Alexander Turnbull.

In lieu of flowers, donations may be made to the Fayetteville Senior Center, 584 E. Genesee St., Fayetteville, NY 13066.
Read Less

Receive notifications about information and event scheduling for Gail

We encourage you to share your most beloved memories of Gail here, so that the family and other loved ones can always see it. You can upload cherished photographs, or share your favorite stories, and can even comment on those shared by others.

Plant a Tree in Memory of Gail
Plant a tree
3 trees have been planted in memory of Gail W. Roethel
WT

Posted Jul 15, 2020 at 08:01pm
Gail was a strong and centering force. She loved & cared immensely. Her family was everything to her. Trees seem best to honor her: tall & sturdy.

3 trees were planted in the memory of Gail Roethel

Posted Jul 17, 2020 at 11:09am
Hal & Family: Our thoughts and prayers are for you , Gail and your family at this time. Gail was a wonderful women and neighbor.
Please accept our condolences. God Bless you all. May Gail Rest In Peace.
Ann & Jim Gensler
Comment Share
Share via:
SC

Posted Jul 13, 2020 at 05:22pm
I have so many lovely memories of Aunt Gail. My thoughts are with all of you. Love, Susan
Comment Share
Share via:
HS

Posted Jul 13, 2020 at 02:19pm
Our sincerest sympathies for your loss. Our thoughts are with you and your family during this difficult time.

Peaceful White Lilies Basket was purchased for the family of Gail Roethel.

Posted Jul 13, 2020 at 12:22pm
To the entire family, I am so sorry to hear of your loss. Gail was a wonderful person and I truly enjoyed the time I was able to spend with her for several years. My heartfelt condolences to you and I will be sure to keep you all in my thoughts and prayers during this time of need.
- Jessica Pistello
Comment Share
Share via: 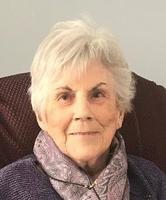 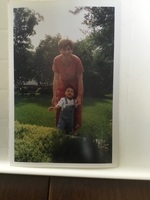 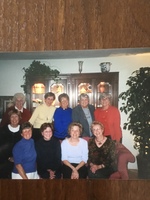