To share your memory on the wall of Gene Thompson, sign in using one of the following options:

Provide comfort for the family of Gene Thompson with a meaningful gesture of sympathy.

In his own words: “I was a graduate of Eastwood High School, class of 1955. An Army Veteran spending two years in Germany as a helicopter electrical repairman. I was a 36 year... Read More
Gene Earl Thompson, 81, of Kirkville died on Wednesday,

In his own words: “I was a graduate of Eastwood High School, class of 1955. An Army Veteran spending two years in Germany as a helicopter electrical repairman. I was a 36 year employee of Niagara Mohawk, retiring in 1994 as a Line Foreman, a member of IBEW Local 97.

I was a lifetime member of the Kirkville Volunteer Fire Company. I served as a board member of the Kirkville Cemetery Association since 1995. I belonged to the Minoa American Legion and the Chittenango Presbyterian Church. My wife Judy and I played golf at least four times a week. Although I had a hole in one in 1978, over the years my wife had four! In 2018 I shot a 78, two better than my age!”

Calling hours will be Tuesday December 10, 4 to 6pm at the R.H. Schepp & Son Minoa Chapel, 6530 Schepp Corners Road, Minoa. A service will follow at 6pm at the funeral home.

In lieu of flowers, contributions may be made to Hospice of CNY or Clear Path for Veterans.
Read Less

We encourage you to share your most beloved memories of Gene here, so that the family and other loved ones can always see it. You can upload cherished photographs, or share your favorite stories, and can even comment on those shared by others.

Posted Dec 06, 2019 at 06:46am
Sorry for the loss of Geno, great smile and laugh. Fellow line and union brother. Golfer at Arrowhead GC. RIP

Posted Dec 05, 2019 at 10:31pm
Dear Judy and family. Gene was a great guy. He was funny and nice to be around. I keep remembering his smile. Our prayers and thoughts are with you and your family. Pat & Dick Neer
Comment Share
Share via:
JK

Posted Dec 05, 2019 at 08:29am
To Gene's Family, With My deepest sympathy and a prayer. Gene was always a stand up Guy at Nimo and through the years the few times I worked with Him, it was always an enjoyable experience. May He rest in peace. Sincerely, John Kavanaugh, Timber Pines, Florida
Comment Share
Share via: 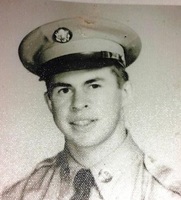