To share your memory on the wall of James McDonald, sign in using one of the following options:

Provide comfort for the family of James McDonald with a meaningful gesture of sympathy.

Jim was an active member and communicant of Immaculate Conception Church in Fayetteville where he was a counter until he was 89 years old and collected for the Hope Appeal. He enjoyed photography, motorcycle riding, bird watching, reading and visiting with family and friends.
Jim was predeceased by his beloved wife, Christine (née Marquisee) in 1996; parents; sister, Jane Himpler; and brothers, Robert, Richard, John Keith, Dolan, Michael and Daniel.

Receive notifications about information and event scheduling for James

We encourage you to share your most beloved memories of James here, so that the family and other loved ones can always see it. You can upload cherished photographs, or share your favorite stories, and can even comment on those shared by others.

Posted Dec 04, 2019 at 11:24am
I always regarded Jim as a true gentleman
He was a trusted addition to the firm and appreciated by all.
We are sorry for your loss and will hold all of you in our hearts and prayers. John P. Stopen
Comment Share
Share via:
JS

Posted Nov 20, 2019 at 04:24pm
Jim was a good mentor and eager to help with advice in my work. I enjoyed his wit and appreciation for irony, and had told him a few stories about himself which I learned from a co-worker. I was always glad to see him in our office and other chance occasions.

Posted Nov 20, 2019 at 07:20am
Please accept our heartfelt sympathies for your loss. Uncle Jimmy will remain in our hearts forever!

Posted Nov 19, 2019 at 05:23pm
Melissa, Michelle, MaryAnn, Ruthie, Jim, Joey & Dolan...my cherished cousins. My memories of your Dad and Mom are so vivid and so many. Our family gatherings were always extra fun because of them. And they gave us YOU. Your Dad and your Mom will always hold a special place in my heart. Kevin and I send our heartfelt sympathy and prayers, as well as much love and hugs to you all.
Comment Share
Share via:

Posted Nov 19, 2019 at 07:54am
Dear Melissa, May our Lord bless and give you and your family comfort. Please accept our condolences.
Monica Thompson & Ronald Birks
Asuncion, Paraguay
Comment Share
Share via: 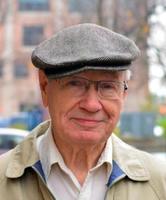