To share your memory on the wall of June Margrey, sign in using one of the following options:

Provide comfort for the family of June Margrey with a meaningful gesture of sympathy.

Born in Belleville, Ontario on June 6, 1954, she was the daughter of Joseph and Gladys Greene. She was a graduate of ESM, Class of 1972. She was employed for UPS for 35 years.

June’s joy in life was to always spend time with family and friends, and especially loved being a grandma.

She is predeceased by parents; brothers-in-law, Dan, Robert and Frank; niece, Theresa; and nephew, Michael.

Calling hours will be Friday, September 6, from 4 to 7pm at the R.H. Schepp & Son Minoa Chapel, 6530 Schepp Corner Road, Minoa. Funeral services will be at 10am on Saturday at the Trinity Episcopal Church, 106 Chapel Street, Fayetteville. Burial will be in White Chapel Memory Gardens.

In lieu of flowers contributions in her memory may be made to Trinity Episcopal Church, Fayetteville.
Read Less

We encourage you to share your most beloved memories of June here, so that the family and other loved ones can always see it. You can upload cherished photographs, or share your favorite stories, and can even comment on those shared by others.

Angel Altwarg, Cathy Roberts Family, Heidi & Sarah, and others have sent flowers to the family of June Margrey.
Show you care by sending flowers

Posted Sep 11, 2019 at 08:35am
Dave,
I am so very sorry to hear of the passing of your wife.
My condolences go to you and all of your family.
May god bless you all.
Lisa Rigge
Comment Share
Share via:
TB

Posted Sep 07, 2019 at 09:22am
David and Family:
I was very sorry to hear of June's passing and hope you are finding peace and comfort at this time along with joy in the memories.
Tom Bugaj
Comment Share
Share via:
DM

Thank you Tom. She touched so many people. We will miss her love and smile but she will always be in our hearts. I’ll call you soon.
CS

Posted Sep 06, 2019 at 04:41pm
Dave,
My thoughts and prayers are with you and your family at this sad time.
With sympathy,
Chris Sapka
Comment Share
Share via:
DM

Thank you Chris. I’ll try to keep in touch through Mike.
FM

Posted Sep 06, 2019 at 04:10pm
Jeff … Midge and I are truly sorry for your loss. Our hearts ache for you and your family during this time. Losing someone you thought would always be there for you, that person you turned to for comfort and support in your toughest moments and shared your greatest blessings with – it’s one of the hardest times of anyone’s life. We’ll always remember June as a courageous and loving wife, mom, grandma and friend. May your loving memories keep her alive in your heart forever.
We extend our deepest sympathy on your loss and pray that your faith will give you strength in this sad time. Love, Fred and Midge 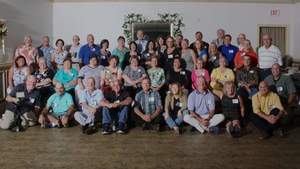