To share your memory on the wall of Kathleen Lendy, sign in using one of the following options:

The most favorite time of her life was the time that she spent raising her 2 children at home before making a career as an office manager. Her greatest pride was her 3 wonderful grandchildren and she spent as much time as she could with them. Her fondest memories were of the Christmas Eve’s spent with family and afternoons around the pool at their home in Minoa.

She spoke often of her Irish ancestry and took Irish Step Dancing classes as an adult culminating with a march in the Syracuse St. Patrick’s Day Parade. St Patrick’s Day was spent celebrating love and friendship with her friends and family while enjoying a Jameson or two.

When she wasn’t with her grandchildren, she and Dick could be found at the Dome watching SU Football and SU Basketball. They bought their first season tickets when the Dome was built, and they were known to travel with family and friends to enjoy away games.

She was a life member of Beta Sigma Phi Sorority and for over 60 years she would meet with her Sorority sisters regularly whom she was very close with and spoke of them often.

Burial will be Wednesday at a private ceremony at Onondaga County Veteran’s Cemetery after a service at Eaton Tubbs Fayetteville Chapel.

In lieu of flowers, contributions may be made to the Foundation at Menorah Park in Syracuse, NY. She was loved and cared for by all the staff and nurses the last couple of years at Menorah Park.
Read Less

Receive notifications about information and event scheduling for Kathleen

We encourage you to share your most beloved memories of Kathleen here, so that the family and other loved ones can always see it. You can upload cherished photographs, or share your favorite stories, and can even comment on those shared by others.

Posted Oct 22, 2020 at 11:29am
The family of Kathleen Buckley sends their condolences. My mother, Kathleen was a Sorority Sister of Katie's. I recall meeting her several times at Meetings that my mother would have. God Bless. Carole Salvetti (Kathleen Buckley's daughter).
Comment Share
Share via:
TW

Posted Oct 20, 2020 at 09:23am
Bryan and Allison, my heart is broken at the loss of my wonderful friend, your mom. Katie was such an important person in my life, helping me through difficult times, sharing great tennis games, relaxing by the pool, finding great antiques and laughing until we cried. She will always have a special place in my heart. My thoughts and prayers are with you and your families at this difficult time. Lots of love and prayers, Theresa Louise Wrobel
Comment Share
Share via:
JJ

Posted Oct 20, 2020 at 06:49am
Blessing and healing prayers to the Lendy family! It was a honor to have known such a grand gal! Rest in power Kathleen!
Comment Share
Share via: 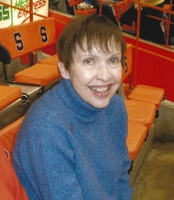