To share your memory on the wall of L. Russell More, sign in using one of the following options:

Provide comfort for the family by sending flowers or planting a tree in memory of L. Russell More

Provide comfort for the family by sending flowers or planting a tree in memory of L. Russell More

He was born in Hamond, NY and moved to Syracuse at age three. He graduated from Syracuse University, and retired in 1988 from Crouse Hospital after 37 years. His final position was VP of Finan... Read More
Russ More, 98, died on May 9th, 2020.

He was born in Hamond, NY and moved to Syracuse at age three. He graduated from Syracuse University, and retired in 1988 from Crouse Hospital after 37 years. His final position was VP of Finance.

Russ served in the US Air Force, and was stationed in China in WWII, and was a survivor of the sinking of the H.M.T. Rohna in the Mediterranean Sea in Nov. 1943.

He enjoyed golfing and running and continued to compete in track meets until age 88.

He is predeceased by his wife, Muriel and his eldest son, Gary. He is survived by sons; Tracey (Cindy) of Alfred Station, NY, and Stan of Syracuse; daughter-in-law, Susanne; four grandchildren and a great grandson.

There will be no calling hours or services.
Read Less

Receive notifications about information and event scheduling for L. Russell

Print
There will be no calling hours or services.

We encourage you to share your most beloved memories of L. Russell here, so that the family and other loved ones can always see it. You can upload cherished photographs, or share your favorite stories, and can even comment on those shared by others.

Posted May 30, 2020 at 09:58pm
Stanley and Tracey, Sorry to hear about your dad. As a child I visited your family with my parents in Syracuse. My dad Lester Barlow and your mom were 1st cousins. I was doing some genealogy tonight and found this. Again my condolences.
Marge Barlow Martin
Comment Share
Share via:
AL

Posted May 13, 2020 at 12:01pm
My sincere condolences Stan -to you and the family. Wishing you peace and comfort during this difficult time.
Comment Share
Share via:
DH

Posted May 13, 2020 at 11:06am
I , personally didn’t know Mr. More but consider him family due to fact he was a survivor of the Rohna. From one family to another my thoughts and prayers are with you all.
Comment Share
Share via:
DJ

Posted May 11, 2020 at 06:23pm
The world has lost a beautiful soul. My heart goes out to his family. He will live in my heart forever as I remember his warm friendship.
Comment Share
Share via: 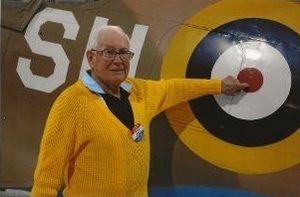