To share your memory on the wall of Margaret Stewart, sign in using one of the following options:

Provide comfort for the family of Margaret Stewart with a meaningful gesture of sympathy.

She was an active member of St. Mary’s Church.

Peg’s greatest joy in life was spending time with her family. She also enjoyed reading and watching sports, especially SU and the Yankees.

In lieu of flowers, contributions may be made to Syracuse Home, 7740 Meigs Rd., Baldwinsville, NY 13027.
Read Less

We encourage you to share your most beloved memories of Margaret here, so that the family and other loved ones can always see it. You can upload cherished photographs, or share your favorite stories, and can even comment on those shared by others.

Posted May 23, 2019 at 08:18pm
Our thoughts and prayers are with your family during this very difficult time. We loved having her for a neighbor, we will miss her dearly.

Flowers were purchased for the family of Margaret Stewart. Send Flowers

Posted May 23, 2019 at 11:07am
She was a lovely and kind lady who had a huge heart. I often played at their house with her daughter, Peggy, and her sisters, and have fond memories of floating in their pool, barbeques in the back yard, and playing tag in the front yard. She let me become a part of their family (in a house already filled with four children) for almost nine months when I was in my late teens, until I was ready to live on my own. My heart goes out to the whole family, who I know have supported Mrs. Stewart with a lot of love, patience, and understanding these past few years. I am so sorry I will be unavailable for the service, but please know that you are all in my thoughts and prayers. Mary Lynne (Anderson) Graham
Comment Share
Share via:
MP

Posted May 23, 2019 at 11:02am
Please accept our most heartfelt sympathies for your loss... Our thoughts are with you and your family during this difficult time. Love to All

Flowers were purchased for the family of Margaret Stewart. Send Flowers

Medium Dish Garden was purchased for the family of Margaret Stewart. Send Flowers 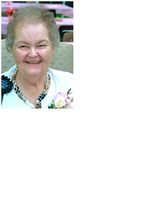 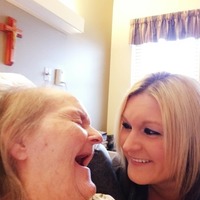 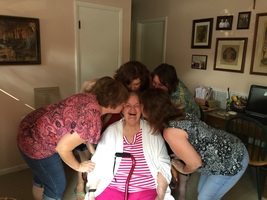 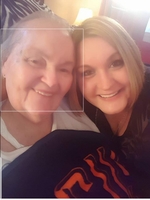