To share your memory on the wall of Marvin McGuinness, sign in using one of the following options:

Marvin was employed by General Electric and Lockheed Martin in Syracuse for 39 years prior to his retirement. He held positions of Manager of Systems Engineering, Manager of Engineering and Director and site manager of Ocean Systems Programs.

During his career he worked on numerous development and production programs for the U.S. Navy.

Following his retirement in 2003, Marv served as a management consultant to Syracuse Research Corporation, SERTec, a subsidiary of SRC; and Lockheed Martin. He was a member of the Board of Directors of SERTec from its inception in October 2006 until his permanent retirement in 2014.

He is survived by his wife of 56 years, Jeannette (Bojarski) McGuinness. Marvin is predeceased by his sister Sharon Ann Sturr.

Marv was a parishioner of Immaculate Conception Church for 36years.

A Mass of Christian Burial will be Wednesday at 12:00 p.m. at Immaculate Conception Church, 400 Salt Springs Rd, Fayetteville, NY 13066.

Entombment will be at Holy Trinity Cemetery, Utica at a later date.

Contributions in his memory may be made to the Semaritan Center.
Read Less

We encourage you to share your most beloved memories of Marvin here, so that the family and other loved ones can always see it. You can upload cherished photographs, or share your favorite stories, and can even comment on those shared by others.

Posted Oct 08, 2019 at 10:44am
Marv McGuinness will always be remembered by me as being among the very finest persons I ever had the honor and privilege of working with in my professional life, i.e. my parallel careers in the Navy and in industry. He was a gentleman in every respect, a wonderful mentor and advisor. Whether he was pressed for time or in more leisurely chats, one confidently enjoyed Marv’s 100% focus and attention; his feedback was always valued and leadership exemplary. My time at GE/Lockheed epitomizes what I always sought in my quality of life - having great people to work with in performing truly worthwhile tasks. So many of us benefitted from our time with Marv; he shall be missed.

Posted Oct 05, 2019 at 12:30pm
We worked with Marv at GE/Farrell Road and he always treated everyone with respect. He was a great mentor and manager; our condolences to his family and friends. Rest in Peace, Marv.
Comment Share
Share via:

Posted Oct 02, 2019 at 12:51pm
Marv was mentor of mine for over 20 years both at Lockheed Martin and SRCTec. He was a wonderful manager, leader, and teacher. He always had rationale advice and had my back whenever I was in a difficult situation. His impact on my career was immense. We all missed him once he retired for good a few years ago. I'm a better person for having known him. Drew James
Comment Share
Share via:
F(

Posted Oct 02, 2019 at 12:05pm
The Manhattan College alumni community shares the grief, and is now praying for our fellow alumni and the family at this time. The Alumni Office has been informed. As well as the Jasper Jottings community that I personally can reach. We are all a little poorer now. "No man is an island, entire of itself ... any manʼs death diminishes me". We are sorry for your loss.
Comment Share
Share via: 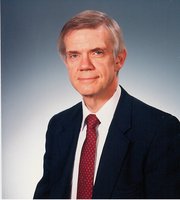