To share your memory on the wall of Paul Stockwell, sign in using one of the following options:

Provide comfort for the family of Paul Stockwell with a meaningful gesture of sympathy.

Print
Paul Stockwell, 61 of Brewerton passed away Sunday at home surrounded by family.

He was born in Liverpool England the son of the late Joseph and Amy Stockwell. He was raised in Camillus, NY and he gradated from West Genesee High Scho... Read More
Paul Stockwell, 61 of Brewerton passed away Sunday at home surrounded by family.

He was born in Liverpool England the son of the late Joseph and Amy Stockwell. He was raised in Camillus, NY and he gradated from West Genesee High School. After graduation Paul proudly served in the United States Marine Corps.

In lieu of flowers contribution may be made to Roswell Park Cancer Center, 665 Elm St. Buffalo, NY 14203.
Read Less

We encourage you to share your most beloved memories of Paul here, so that the family and other loved ones can always see it. You can upload cherished photographs, or share your favorite stories, and can even comment on those shared by others.

Mark and Andrea (Mark's Service Center) and Tom and Marybeth Holtsbery have sent flowers to the family of Paul Stockwell.
Show you care by sending flowers

I just happened upon this trying to locate Paul. My roommate on base in Hawaii and I were stationed with Paul in the same Marine Matcu unit. I had met Paul in Millington (Memphis) for Tech school and rotated out about 4-5 months after him. We used to hang out at his apartment in Honolulu and as you can imagine, Paul was always the life of the party.

Paul was the essence of the saying; "larger than life" and we are all better off having known him. Truly.
Paul was the most positive and upbeat person I have ever known. . Please feel free to reach out to me if you ever want me to fill in the blanks during those years in Hawaii. I was there from 79-81 and my roommate who also knew Paul (and Sorge and on and on) enjoyed Hawaii to the fullest.

I am so very sorry for your loss

Posted Oct 06, 2019 at 01:34pm
Teena my deepest sympathy to you and your family. It was great working with you both.Paul was a great guy .
May he rest in peace.
Comment Share
Share via:
DB

Posted Oct 03, 2019 at 04:40pm
We are so sorry to hear about Paul. Our thoughts and prayers are with everyone.
Family of Rose and Bob Kelley
Comment Share
Share via:
CK

Posted Oct 03, 2019 at 04:08pm
To Paul’s family. It was said to hear about his passing. That man always made me laugh back in our high school days. I believe he had a car called the grey ghost he shuttled us around in. I am glad for memories. Even though many years I will not forget him.
Comment Share
Share via:
TC

Posted Oct 03, 2019 at 01:42pm
Teena and family, we are so sorry for your loss. hundreds of people pass through our lives,
and most we cant remember. when you meet someone like Paul, he has the ability to touch
your heart with his quick wit, endless stories and his kind heart. He will be missed by all who
had the pleasure to know him. Tim and Fran Chilbert
Comment Share
Share via: 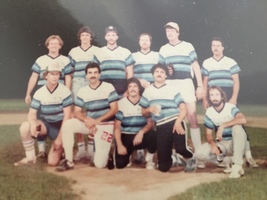 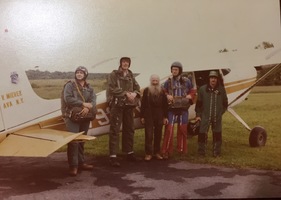 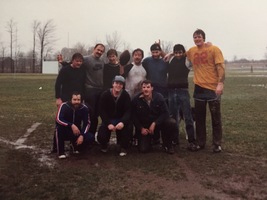