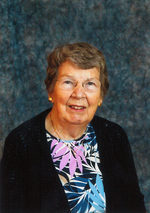 Priscilla Pearson Wright, 88, formerly of East Syracuse, passed away Tuesday, September 1. Born August 16, 1932 in Syracuse, she was the daughter of Arthur and Richarda Pearson of Collamer, NY. She graduated from East Syracuse High School. Priscilla was a paralegal at Kall & Reilly for 25 years, retiring in 1993.

Priscilla was a long-time member of Trinity Episcopal Church in Fayetteville and loved her Trinity family. She served on the Altar Guild for many years and worked with her sister, Nancy, on the bake sale and at the Nearly New Shop.

She had a passion and talent for hosting parties for family and friends. Her ability to plan, cook/bake and host parties were recognized by all who attended one of her dinner parties or holiday gatherings. She had an award winning capability as demonstrated by being named “The Cook of the Week” by the Herald Journal (January 19, 2003), and won many ribbons at the New York State Fair competitions for her pies and chocolate cake. She also won ribbons for her knitting projects at the New York State Fair. She was a competitive bridge player and enjoyed participating in several bridge clubs.

Priscilla and her husband, Jerry loved their annual vacations to Cape Cod during August. The entire family (children and grandchildren) would stay together. This was a great time for lifelong memories to be made and cherished. The time at Cape Cod with her entire family together was the highlight of her year.

She was a loyal, kind friend and a much loved daughter, sister, wife, mother, aunt, and her most beloved title: Grammy. She will be deeply missed by all.

Family and friends may call from 4:00 to 6:00 pm on Friday, September 11 at Eaton-Tubbs Fayetteville Chapel, 7191 E. Genesee St., Fayetteville. There will be a private service for immediate family only on Saturday at Trinity Episcopal Church. Burial will be in White Chapel Memory Gardens in DeWitt.