To share your memory on the wall of Raymond A. Kurtz, sign in using one of the following options:

Provide comfort for the family of Raymond A. Kurtz with a meaningful gesture of sympathy.

He is survived by his son and daughter-in-law, Ronald and Karin; his grandchildren Heather Rodriguez and Sean Kurtz; great-grandsons, Dominic and Antony Rodriguez; grandson-in-law, Dominic A. Rodriguez; and his sister and brother-in-law Jeannie and Don Ives.

A memorial service will be held at 9:30 am on Monday at the R.H. Schepp & Son Minoa Chapel, 6530 Schepps Corners Rd., Minoa. Burial with military honors will be in White Chapel Memory Gardens in DeWitt.

We encourage you to share your most beloved memories of Raymond A. here, so that the family and other loved ones can always see it. You can upload cherished photographs, or share your favorite stories, and can even comment on those shared by others. 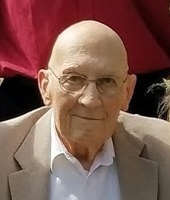 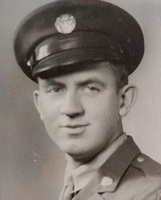