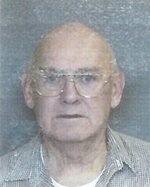 Richard F. Johnson, 82, of Fayetteville, passed away at home on Sunday, February 14, 2021 after a brief illness.

Born in Philadelphia, he moved to Syracuse in the 1950’s, where he met and later married his high school sweetheart, Diane Dunham.

Dick was an Army veteran who was employed by Kemper Insurance and after retiring, by the Fayetteville-Manlius School District.

Dick was predeceased by his beloved wife, Diane. He is survived by his sons, Lee Johnson of Grand Rapids, MI and Eric Johnson of Fayetteville; brother, Ronald Johnson of Oneida; and sister, Lois Putnam of Monroe, NJ. He is further survived by three nieces, Debby, Sandy and Lori; and by two nephews, Mark and Rick.

He was very active in Boy Scout Troop 154 for many years in both the cub scout and boy scout programs. Dick was an avid fisherman who also enjoyed woodworking and home repair.

All of the neighborhood dogs will miss their friend who knew them all by name and who always had a treat for them.

Calling hours will be on Monday from 10am to 12pm at Eaton-Tubbs Fayetteville Chapel, 7191 E. Genesee St, Fayetteville. A service at the funeral home will follow at noon.

Contributions in lieu of flowers may be made to the Fayetteville Fire Department, 425 E. Genesee St, Fayetteville, NY 13066 or the Town of Manlius Police Benevolent Association, 1 Arkie Albanese Avenue, Manlius, NY 13104