To share your memory on the wall of Sally Ann Shepard, sign in using one of the following options:

Provide comfort for the family of Sally Ann Shepard with a meaningful gesture of sympathy.

Family and friends may call from 10:00 - 11:00 am on Monday, May 20th at Eaton-Tubbs Fayetteville Chapel, 7191 E. Genesee St., Fayetteville. The memorial service will follow the calling hour at the funeral home. Burial will be in Dexter Cemetery.

The family wishes to express thanks and gratitude to the neighbors of Sally, Julie and Danny Kilbride, Barbara Surowick, David Denke and Vicki Jayne.
Read Less

We encourage you to share your most beloved memories of Sally Ann here, so that the family and other loved ones can always see it. You can upload cherished photographs, or share your favorite stories, and can even comment on those shared by others. 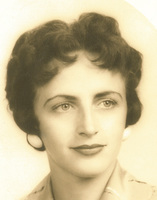