To share your memory on the wall of Sherri Taylor, sign in using one of the following options:

Born in Washington, D.C., Taylor was raised in Irving, Texas. For the past 30 years, she was an instructor of graphic design at the S.I. Newhouse School of Public Communications at... Read More
Sherri Taylor of Syracuse died Oct. 19 at home.

Born in Washington, D.C., Taylor was raised in Irving, Texas. For the past 30 years, she was an instructor of graphic design at the S.I. Newhouse School of Public Communications at Syracuse University, where she impacted the lives of thousands of students who knew her as funny, tough and kind. She was passionate about design and committed to her students and their success.

She wanted to be remembered as a good human being giving her parents credit. Anyone who knew Sherri would definitely agree.

Before joining the Newhouse School, Taylor worked at newspapers in Syracuse and Dallas. Prior to that, she taught high school journalism at Irving High School in Texas, where she was also a publications consultant and workshop speaker.

She was also a co-author of a textbook on scholastic journalism currently used in high schools across the country.

At Syracuse University, she was honored with the Teacher of the Year award from University College, three nominations for Female Educator of the Year by Eta Pi Upsilon Sigma and a nomination for an Outstanding Teaching award from the Greek Awards Committee.

Taylor is survived by a sister, Vicki Boutwell, of Irving, and Dot, Sherri’s canine companion. She was predeceased by her parents, Robert E. and Mary (Powers) Taylor.

Contributions in Sherri’s name may be made to www.animalallianceofgreatersyracuse.org
Read Less

Receive notifications about information and event scheduling for Sherri

We encourage you to share your most beloved memories of Sherri here, so that the family and other loved ones can always see it. You can upload cherished photographs, or share your favorite stories, and can even comment on those shared by others.

Posted Oct 28, 2020 at 02:28pm
I am very sorry to hear of Sherri Taylor's passing. I was fortunate to be a student in her introduction to graphic design class. Twenty years later I refer to her wisdom and advice such as "the worst thing you can do is sit down at your computer without a plan!" She was a wonderful teacher. I still use one of the logos I created in her class and wonder what she would think of certain designs. My condolences to her family and friends.

Posted Oct 26, 2020 at 05:04pm
Our deepest condolences on the passing of what one of Sherri's friends described as "the loss of a kind and generous heart". Sherri "wanted to be remembered as a good human being". She will be remembered for that and for her very special life as an educator and dear friend to both people and animals. With an open heart, Sherri became a foster parent and then chose to adopt and share her life with "Dot", a homeless, ill pup who was medically assisted through the "Leg Up Fund", an Animal Alliance of Greater Syracuse program. Sherri's family continues to love and care for Dot.
Thank you, Sherri, for the life you led, the many contributions you made, and for being that amazingly kind and generous heart! Your friends with the Animal Alliance of Greater Syracuse
Comment Share
Share via:
VK

Posted Oct 25, 2020 at 01:49pm
I was shocked and so sad to learn of Sherri's death, and send sincere condolences to her family and many dear friends. Sherri was my partner in a big scholastic journalist teaching day for 15 years, and probably worked on the event before I joined the local Syracuse newspaper that coordinated it. She had an amazing passion for education, art, and journalism, and in doing so she enriched the lives of thousands of Central New York kids. And every single year, she was patient and supportive with me. SU has lost a shining star, and so has the Syracuse community.
Comment Share
Share via:
SS

Posted Oct 23, 2020 at 11:21am
Sherri was the best teacher I ever had. I was editor of the Tiger Rag and graduated in 1977. I went on to be a newspaper reporter and editor before my retirement. I owe my career to Sherri, a great journalist who encouraged her students so much. She gave us so much freedom to learn, and she was so much fun to be around. I will miss her dearly. 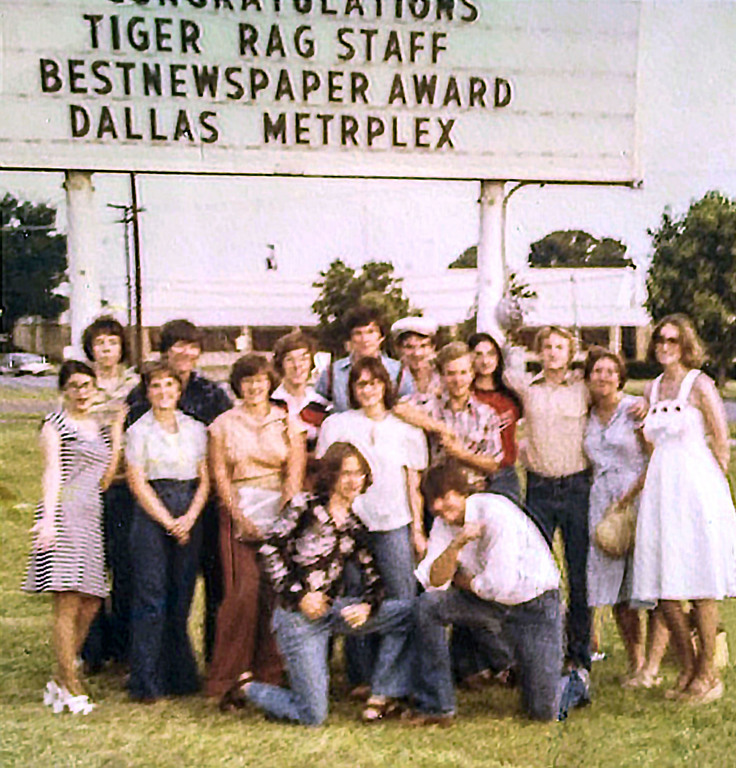 Posted Oct 23, 2020 at 09:15am
I met Sherri at Maple Downs. As an Activity Coordinator, I welcome new residents and get to hear their stories. Sherri wasn't here long, but she made a great impact on me. Dot and I connected right from the start. I've adopted her beloved companion and plan to make her our Maple Downs' Mascot. As a community, we plan to love Dot through her loss. Blessings, peace and healing to all who are missing Sherri.
Comment Share
Share via: 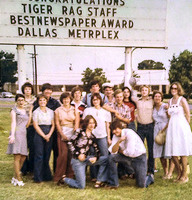