To share your memory on the wall of Theodore Corrice, sign in using one of the following options:

Provide comfort for the family of Theodore Corrice with a meaningful gesture of sympathy.

Theodore has been a resident of Rochester for the past 25 years and he was known for his love of cats .

Contributions may be made to your choice of any veteran's organization or to any animal welfare organization.
Read Less

We encourage you to share your most beloved memories of Theodore here, so that the family and other loved ones can always see it. You can upload cherished photographs, or share your favorite stories, and can even comment on those shared by others.

Posted Jan 14, 2020 at 03:54pm
Ted was a dear friend and we lost touch over the years. Just before he passed he tried to contact me through a member of my family. I wasn't able to respond to Ted at that moment, and when I did try to reach out to him through Facebook Messenger I learned that he had just passed away. To Ted's family and friends -I am so sorry. He cherished those around him. He was a very loving person. My memories with Ted were and will always be filled with fun and laughter. God's Peace my friend.
Comment Share
Share via:
NM

Posted Dec 28, 2019 at 03:05pm
Ted helped me settle in Rochester 5 years ago, and I adored him. He was at my home for pizza lunch a few weeks ago. His wisdom, his wisecracks, his huge mugs of Pepsi, his loyalty, will be precious to me forever.
Nicholas Mappin
Comment Share
Share via:

Posted Dec 25, 2019 at 08:36pm
I reamber meeting Ted years ago .I am in total shock he has passed away .my condolences to the family
Comment Share
Share via:
MC

Posted Dec 23, 2019 at 03:45pm
Our prayers and thoughts are with you and your family during this difficult time. Unfortunately, we are not able to attend the service. Marc & John

Posted Dec 23, 2019 at 01:49pm
My sincere condolences goes out to his family and many friends Teddy was my ext door neighbor for most of his life before moving away I will cherish our childhood days forever RIP Teddybear
Comment Share
Share via:
T

My sincere condolences to Ann & Wally on your loss. I have wonderful memories of Ted as my roommate & friend in Philadelphia. May he rest in heavenly peace. Till we meet again much Love Ted !!!! 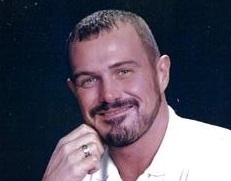