To share your memory on the wall of Walter Stroud, sign in using one of the following options:

Provide comfort for the family of Walter Stroud with a meaningful gesture of sympathy.

Walter was a member of the Manlius United Methodist Church, was a Boy Scout Leader, Little League Coach and avid canoer, kayaker, camper and hiker.

He was predeceased by his wife of 54 years, Edith Sweltz Stroud on September 8, 2018. He is survived by his daughter, Holly Tifft and grandchildren, Danielle, Andrew and Nicholas; and son, Christopher and his wife, Elizabeth and grandson, Gavin.

Family and friends may call from 5:00 to 6:30 pm on Friday, December 21 at Newell-Fay Manlius Chapel, 8171 Cazenovia Rd., Manlius. The funeral will follow the calling hours at 7:00 pm at the Manlius United Methodist Church, corner of Pleasant and Wesley Streets, Manlius. Burial will be at Noon on Saturday in Rose Ridge Cemetery in Naples, New York.

Receive notifications about information and event scheduling for Walter

We encourage you to share your most beloved memories of Walter here, so that the family and other loved ones can always see it. You can upload cherished photographs, or share your favorite stories, and can even comment on those shared by others.

Posted Dec 23, 2018 at 10:32am
Chris & Holly - I worked with Walt with the State Park Police at Green Lakes. It was a genuine pleasure every time I got to work around Walt. I am in shock from his passing. I cannot begin to tell you how many people he helped with his vast knowledge. He always left the public smiling when he finished helping them. He always had a story to tell. I can still hear him talking about his last canoe trip he had taken. He was a very gifted man. He’s been called home and so he went. He’ll be sorely missed. Our prayers are with you.
Ken Dapson -Retired NYS Park Police.
Comment Share
Share via:
T

Posted Dec 21, 2018 at 11:22pm
I am so sorry to hear of Walt’s passing. He and Edie were wonderful people, they always had a kind word and a great story when I would see them. From my family to yours, we send our thoughts, love and prayers to you all.
Comment Share
Share via:
T

Posted Dec 21, 2018 at 05:34pm
We are very sad to hear of your parents passing. Rembering them and you.
Doris and Richard Skinner
Comment Share
Share via:
RF

Posted Dec 21, 2018 at 03:19pm
Walt & Edie left us so quickly. Walt meant a great deal to me, as both a teaching colleague at Cazenovia, a good friend and fellow camper for the past 17 years. His encouragement led me to continue on as a scout leader in Troop 369 long after my son got his eagle rank and left for college. I'll miss our Friday afternoon "discussions" at Mulligans and we will sorely miss Walt's & Edie's smiling faces the annual Christmas get together. Chris and Holly, we send our heartfelt condolences and prayers that you heal from your loss. Rob & Gina Fredericks 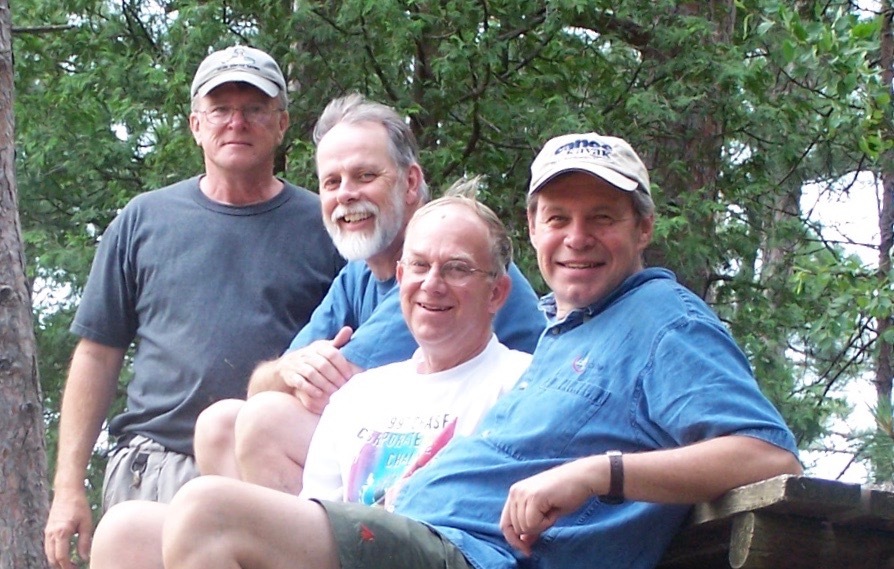 I am so sorry to hear of your father’s passing. He was my second father growing up and I have so many cherished childhood memories. His guidance and experiences that he provided for me during those key boyhood years have shaped the person I am today.

I fondly remember waking up on your family room couch to the sounds of the oldies playing on the radio while your father cooked eggs and bacon for us. I remember our canoe trips with our fathers on the crystal-clear water of the Oswegatchie river, and cooking the best steak I have ever eaten over a campfire in what felt like the vast wilderness. I still have the first kite I’ve ever had that your father helped me buy, and still fly it with my kids today! Whenever we greeted each other your father would cross his arms and grasp my hands and together we would jump with glee!

As you likely recall my own father was not an outdoorsman; I’m surprised that he even knew how to cut the grass. Your father opened my eyes to the outdoor natural world, and he instilled in me the ability to share these wonderful experiences with my own children; I am forever grateful.

Please know that my thoughts and prayers are with you both. 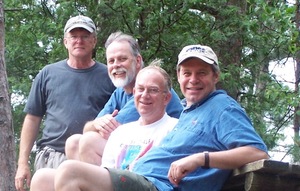 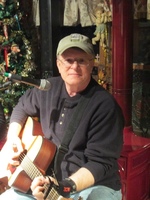