To share your memory on the wall of Charles Beeler, sign in using one of the following options:

Print
Charles W. Beeler, 84 of Manlius, passed away on January 13, 2020 at Crouse Hospital surrounded by family after a brief illness.

A lifetime resident of the Syracuse area, Chuck was predeceased by his parents, Charles and Mary (Kel... Read More
Charles W. Beeler, 84 of Manlius, passed away on January 13, 2020 at Crouse Hospital surrounded by family after a brief illness.

An Army veteran, Chuck attended Cortland State and Syracuse University and was a proud graduate of the Pebble Hill School. He was active in the alumni association at Manlius Pebble Hill and was inducted into the school’s Athletic Hall of Fame in 2012. Chuck enjoyed entertaining his many friends and family at the Beeler cottage on DeRuyter Lake. He twice served as president of the DeRuyter Lake Association. In recent years he was known to boaters around the lake for his tip of the cap as they passed by. Chuck and Joan were longtime season ticket holders for Syracuse University football and basketball. He remained an avid fan of the Orange, even cheering on the team’s recent upset of Virginia.

Posted Feb 03, 2020 at 04:19pm
I am so sorry to hear about Chuck's passing. I had the pleasure of working with Chuck while I was employed at MPH. One of the nicest guys I have ever met. I could always count on Chuck to help wherever and whenever we needed him. He was a man with deep Syracuse roots....and I loved hearing his stories about how his mother, Mary, and grandmother "Ma Beeler" both worked at his beloved Pebble Hill. I was delighted by his sense of humor, inspired by his deep love of his family, and cherished the time we spent together. After I left MPH, I continued to visit with Chuck at DeRuyter Lake (our camp is across the way.) He always welcomed visitors to his dock with a cold beer and a wave of his hat. I am honored to have met him and his family and send JOan and the kids my deepest condolences.
Tina Morgan
Comment Share
Share via:
BW

Posted Jan 19, 2020 at 12:26pm
My sincerest condolences to Joan and the family. Although I haven't been in contact for a number of years, I must say that I always found Chuck very congenial and fun to be around. He and I more or less grew up as young DeWitt friends playing basketball in the old gym at Rev. Carmichael's DeWitt Community Church and also sharing experiences at the Dome in later years. I'm sure he will be missed by many. May he be in a better place. Rest easy my friend.
Comment Share
Share via:
JA

Linda and I are so sorry to hear about Chucks passing. For all the people that were fortunate to be touched by Chuck, he was larger than life and he will be sorely missed while we remember all the goods times.

Posted Jan 19, 2020 at 10:34am
Chuck, Kelly and the entire Beeler Family - So sorry to hear about the passing of your dad. Always a smile and a kind word to everyone around him from what I remember. With sincere sympathy, Caroline (Coley) Stanistreet
Comment Share
Share via:
JS

Posted Jan 17, 2020 at 06:19pm
Hello Joan, I am so sorry for your loss. Many prayers to the family. He will be missed. Such a wonderful person.
Love, Jeanne and Charlie Salanger
Comment Share
Share via: 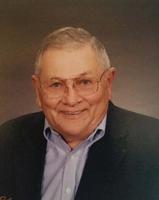 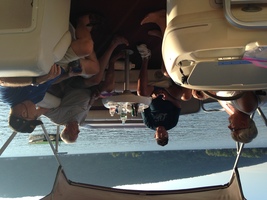 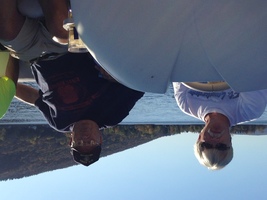 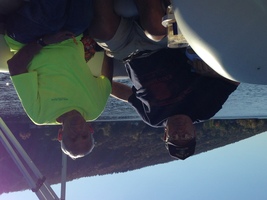