To share your memory on the wall of Charles Skinner, sign in using one of the following options:

Chuck was born on June 10, 1926 and spent his childhood in Pulaski with his loving parents and three ... Read More
Charles “Chuck” W. Skinner passed peacefully at home in Manlius on Saturday, March 21, 2020 surrounded by his loving family.

Chuck was born on June 10, 1926 and spent his childhood in Pulaski with his loving parents and three sisters. He was a graduate of Pulaski High School in 1948. Chuck proudly served his country in the Navy as a WWII and Korean War Veteran.

In 1948, while studying Construction at SUNY Delhi, Chuck met his future wife, Millie. He knew at first sight that she was the love of his life. They dated throughout college and Chuck made sure the entire campus knew that he had staked his claim. Chuck and Millie graduated together with their Associate’s Degrees and married just a few months later on the beautiful day of July 16, 1950. They settled in Manlius where Chuck built their family home and raised their 4 wonderful children. Family life included many camping trips in the Tug Hill area and numerous family gatherings filled with love, laughter and Millie’s delicious homemade meals which often included treats to satisfy his persistent sweet tooth. Chuck took great pride in his children; recently claiming that they were his greatest accomplishment.

Chuck’s love for his wife, Millie, was a love that many aspire for. He was a devoted husband who poured his entire heart into his family. Happily married for nearly 68 years, Chuck and Millie frequently enjoyed listening to music, dancing, traveling, spending time with their lifelong friends and their family. Their most precious times were spent with their children, grandchildren and great grandchildren carrying out family traditions; spending Labor Day weekend together on South Lake, holiday celebrations and birthday gatherings.

As a professional Contractor, Chuck spent his career building homes in the Central New York area. Upon retiring, he became Maintenance Supervisor for Manlius’ SonShine Childcare Center of which his wife, Millie, founded, and he maintained that role for the remainder of his life. Chuck’s incredible work ethic shown through in his daily devotion and enjoyment of his craftsmanship.

Chuck was known for his generous heart, incredibly quick wit, love of family and his creative engineering; often building or repairing anything in order to improve its functionality. Chuck’s energetic spirit was contagious; he never let age stop him from doing what he loved. He continued to maintain many of his favorite pastimes including riding his ATV, spending many summer days in his camper in Altmar, traveling, target shooting, working on crossword puzzles and having coffee at the diner with longtime friends.

Chuck was a dedicated member of the Community Covenant Church, Oswego ATV Club, FM Rod and Gun Club, the VFW and was a lifetime member of the NRA.

In lieu of flowers, donations may be made to Clear Path for Veterans by mailing a check or money order to 1223 Salt Springs Road Chittenango, NY 13037.
Read Less

Print
Memorial Services will be held at a later date.

Posted Mar 30, 2020 at 11:43pm
Chuck and Millie were such kind, generous people. I am forever grateful for the time spent with your family.. to see a glimpse of the laughter at the dining table, the smiles in Church, Chuck building or shooting something, and the consistency, support, and tenderness they brought to Sonshine. Sending love to your whole family at this time of loss.
Comment Share
Share via:
CC

Posted Mar 30, 2020 at 09:20am
I'll miss seeing Chuck striding through the halls of Sonshine on his way to confront another problem that the old building presented. If I was in the hall, he always said hello and often stopped to talk to my buggy full of fascinated toddlers. I admired his energy and determination. My sincere sympathy goes out to all of the Skinner family for your loss. Carol Cornell
Comment Share
Share via:

Posted Mar 29, 2020 at 10:31am
To the Skinner family, Sorry for the lose of your father, grand father, great grandfather. I admired Chuck as a faithful and loving family man and husband to Millie. I've known Chuck and Millie for over 30 years. He will be remembered by all the love he shared with his family. I will miss him greatly. Sincerely, Gloria Martin
Comment Share
Share via:
DM

Posted Mar 28, 2020 at 05:18pm
I can’t believe the last time I saw Chuck he was climbing up on a ladder in the school that he maintained so meticulously. I tried to gently remind him that he should have a spotter, I did not want to offend him. He continued to work up there as if he was 25 years old and I’m sure no one could convince him otherwise. He was faithful in his duties and in his love for his family and friends. He told me one day that he missed Millie so much and he said she was the best woman he could ever imagine. They are united now and waiting for a day when the whole family will be there. Chuck will be missed here on earth by so many but I know the Lord is keeping him busy as the head of Mansion building there in heaven. Love and prayers to his family.
Debbie Mingolelli
Comment Share
Share via:
PF

Posted Mar 27, 2020 at 04:44pm
My hubby not only grew up across the street from Skinners but in the 70’s he worked with Chuck and learned how to do things “properly” when it came to carpentry! Chuck was our general contractor when we built our first home, where we still live. One of my favorite memories was when Chuck came to dinner once and I made venison steaks, mind you I am not a great cook, I think they were overdone but Chuck just raved about how delicious they were! He was a gentleman at all times! What a great husband , father, grandfather and great grandfather, he will be greatly missed!
Comment Share
Share via: 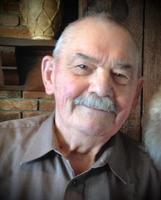 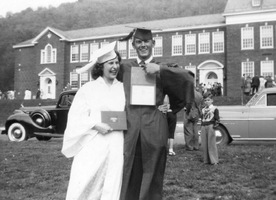 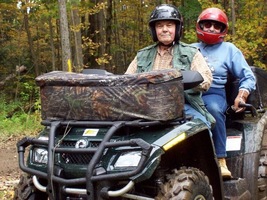 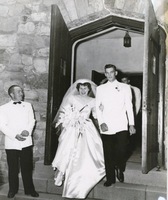