To share your memory on the wall of Edward Dann, sign in using one of the following options:

Print
Edward H. Dann Jr. 75, of Jamesville passed away July 28. He was born in Warner Robbins, GA the son of the late Edward and Marjorie Dann. He proudly served in the USMC during the Vietnam War.

Edward ran the family business, Empire ... Read More
Edward H. Dann Jr. 75, of Jamesville passed away July 28. He was born in Warner Robbins, GA the son of the late Edward and Marjorie Dann. He proudly served in the USMC during the Vietnam War.

He was a member of Dewitt Community Church.

Posted Aug 02, 2020 at 12:53pm
I first met Ed back in the 1970's when I went to the Camillus Sportsmen's Club to get started in shooting competition. It was Herb Hoverstad that introduced me to Ed. Herb Hoverstad was always active in many aspects of the club, a wonderful person to know and also in charge of the highpower league I joined that day. Meeting Ed that first day was one of the best things to happen to me.
It wasn't long before Ed's warm smile and friendly manner won me over. It was great to be near him and share in whatever he was doing at the time. Visits with Ed and Gretchen soon became a frequent pastime. We became good friends and shared many trips to Camp Perry, Ohio to participate in the National High Power Rifle championships together. It was always fun to compare our scores to find out who had the 'edge' or the highest "x" count. In more recent years we would use our 22's most of the time when we went out so that we could talk with each other while we were shooting.
Ed and I shared many similar interests and it was always fun to check out the latest discovery. He worked on aircraft repair when he was in the USMC. Besides aircraft, his interest in mechanical things also included model airplanes as well as cars. He was quite good at building competitive model airplanes of all types and sizes. My son and I saw him fly several times and had a great time watching Ed put them through all sorts of maneuvers. One day Ed found out I was in the last stages of replacing the engine in my car. Before I knew it he was next to me and elbow deep in oil and grease enjoying the moment. His smile as we turned the key and the engine started is always something I will remember.

Ed will always be a part of my life and a wonderful friend.
George C. Getty

Ed "Hot Loads" Dann will be missed. Can't remember when we first met but it was at a Gun Club or on a Rifle Range. In his early years he was a fierce competitor...and I really enjoyed the competition and Camaraderie...Semper Fi Ol'man. Charlie Johnson 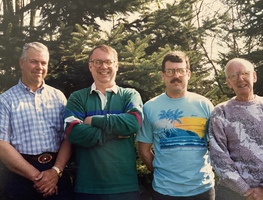 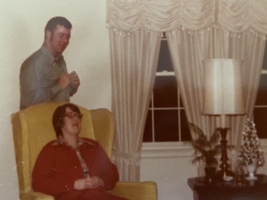 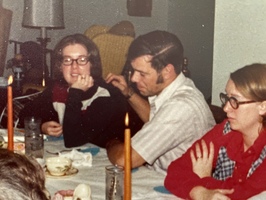 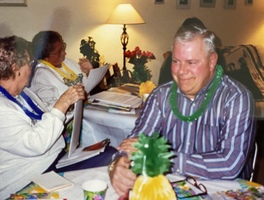