To share your memory on the wall of Edward F. Christensen, sign in using one of the following options:

Provide comfort for the family of Edward F. Christensen with a meaningful gesture of sympathy.

While at Cornell he married the love of his life, Rose Kemmet in 1960. Together they ran large animal practices in Vermont and Western New York. Ed later had a long and successful career at Bristol-Myers.

In retirement, Ed and his wife found a passion for garden railroading and were recognized for their premier display at their Manlius home. They also enjoyed traveling to Switzerland and attending all of their grandchildren's events. Upon Rose’s death, Ed chose new travel partners, his grandchildren, traveling to Scandinavia, Germany and Alaska.

He was preceded in death by his wife of over 50 years, Rose K. Christensen in 2011 and brother, Clifford.

He leaves to cherish his memory his son, Eric (Marlene) Christensen of Minoa and their son, Kyle (Katilyn Raynor); his son, Kurt (Lyn) of Cazenovia and their children, Todd, Annika and Geoff; his sister, Elizabeth “Betty” Failey of Fayetteville; and brother, William “Bill” Christensen of Florida; and several nieces and nephews.

The family wishes to express special thanks to Allison Taylor for her loving care.

Family and friends may call from 10:00 am to Noon on Saturday, June 22, 2019 at Eaton-Tubbs Fayetteville Chapel, 7191 E. Genesee St., Fayetteville. The service will follow the calling hours at Noon. Burial will be in White Chapel Memory Gardens in DeWitt.
Read Less

We encourage you to share your most beloved memories of Edward F. here, so that the family and other loved ones can always see it. You can upload cherished photographs, or share your favorite stories, and can even comment on those shared by others.

Posted Jun 26, 2019 at 05:58pm
Erik and Kurt, we Nowicki family are so sorry for the death of your Father. It wasn’t long ago that I saw you Kurt. There were great summers on Waltham Drive, weren’t there! I’m sorry to have missed you both but I had Marty’s daughter’s graduation. (She’s headed to honors college in mechanical engineering at Clarkson.). Maybe someday she’ll be working for you. My deepest sympathy on both parents. I have a few remembrances they had gifted us with.
Comment Share
Share via:
BJ

Posted Jun 22, 2019 at 07:17am
Our hearts go out to the whole family. Rose and I were very close friends when we were secretaries at Carrier Corp. After Ed and Rose were married we often got together. We enjoyed the best of times. Visited their wonderful Garden railroad. Our best to the whole family. Beverly and John Jakubowski
Comment Share
Share via: 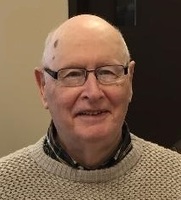