To share your memory on the wall of Francis "Jake" McPhilmy, sign in using one of the following options:

Provide comfort for the family of Francis "Jake" McPhilmy with a meaningful gesture of sympathy.

After retirement in 1998, his greatest pleasure was spending time with his six grandchildren, rollerblading (well into his 70’s!), and playing tennis with anyone he could get out on the court. He simply found great joy in the sport.

He left us as he lived - quietly, with little fuss, but much dignity. The world is a little less bright but better for those fortunate enough to have him.

Besides his parents, Jake was predeceased by his siblings, Ellen, John, Raphael and Mary.

He is survived by his wife, Donna; his children, Amy, Maureen and David; and his beloved grandchildren, Devon, Bailey, Madeline, Riley, Peter and Spencer.

Calling hours will be held on Wednesday, October 16th from 4-7pm at Eaton-Tubbs Fayetteville Chapel, 7191 E. Genesee St., Fayetteville. The funeral Mass will be offered at St. Patrick’s Church in Chittenango at 10am on Thursday.

Donations may be made in his name to Francis House, 108 Michaels Ave, Syracuse, NY 13208.
Read Less

We encourage you to share your most beloved memories of Francis "Jake" here, so that the family and other loved ones can always see it. You can upload cherished photographs, or share your favorite stories, and can even comment on those shared by others.

The St. Mary's Community, Allegrezza Brothers & Sisters, and others have sent flowers to the family of Francis "Jake" McPhilmy.
Show you care by sending flowers

Posted Oct 17, 2019 at 04:20pm
Mrs. McPhilmy, Amy, Maureen, and Dave ~ I am so, so sorry to hear about Mr. McPhilmy's passing. He was an incredibly sweet, welcoming, kind, and funny man. My heart goes out to all of you.
Comment Share
Share via:
TC

The St. Mary's Community purchased flowers and planted a memorial tree for the family of Francis "Jake" McPhilmy. Send Flowers

Posted Oct 15, 2019 at 10:04am
With this planter comes much love from Beth Allegrezza McPhilmy's Family. His memory will live on in his nephew, Steve McPhilmy, who we all love!

Posted Oct 14, 2019 at 09:31pm
Eternal rest grant unto Francis, and may perpetual light shine upon him. With our deepest sympathy to the McPhilmy family.

Posted Oct 14, 2019 at 06:32pm
Dear Maureen, Spencer and Family, Sending you all our love. With love, Michele Pasqualina & Christopher Malanga

Love's Journey was purchased for the family of Francis "Jake" McPhilmy. Send Flowers 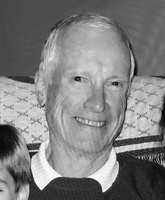 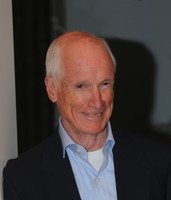