To share your memory on the wall of John J. Seubert, sign in using one of the following options:

Provide comfort for the family by sending flowers or planting a tree in memory of John J. Seubert

Provide comfort for the family of John J. Seubert with a meaningful gesture of sympathy.

John was a car aficionado. He had fervent knowledge of automobiles and was readily able to identify the manufacturer, model and year of production of any car ever found on the highway. He was also a model train enthusiast and enjoyed his train collection through his retirement. John also had a keen interest in the stock market and loved giving as well as receiving trading tips.

John’s love of animals attests to his warm, kind and gentle persona. His pets were the epicenter of his life and home. He frequently adopted homeless pets and welcomed animals into his home after their owners had died. He had the unique ability to identify and engage people and animals that had become marginalized. He approached everyone he met with acceptance and readily identified their uniqueness and personal attributes.

John was a communicant of the Cathedral of the Immaculate Conception in Syracuse.

Funeral services will be held at the Immaculate Conception Church, 400 Salt Springs St., Fayetteville on Wednesday, July 31 with calling hours from 9-10 AM and funeral mass at 10 AM. A reception at the church will follow.

In lieu of flowers, contributions may be made to the Immaculate Conception Cathedral, 259 E. Onondaga St., Syracuse, NY 13202.
Read Less

Receive notifications about information and event scheduling for John J.

We encourage you to share your most beloved memories of John J. here, so that the family and other loved ones can always see it. You can upload cherished photographs, or share your favorite stories, and can even comment on those shared by others.

Plant a Tree in Memory of John J.
Plant a tree 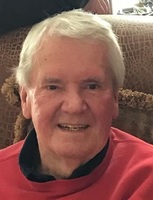