To share your memory on the wall of John J. Stach, sign in using one of the following options:

Provide comfort for the family by sending flowers or planting a tree in memory of John J. Stach

Provide comfort for the family by sending flowers or planting a tree in memory of John J. Stach

John was a welder who retired in 1989 from the Carrier Corporation after 12 years. He had previously worked for Syracuse Engineering for 22 years, and prior to that for Rollie Iron and the Solvay Process Company.

John joined the Jamesville Fire Department in 1958 and remained a member until his passing. He was awarded the “Fireman of the Year” Award in 1980, served on the Executive Committee for many years, held the positions of Truck Captain and Fire Police Captain, and continued to serve as a member of the Fire Police until his passing. On August 5, 2017, John received the Onondaga County Volunteer Firemen’s Association “Red Jacket” Award in recognition of his dedication to the Fire Department and the greater Jamesville community. He participated yearly in the Jamesville Balloon Fest and until recently he marched in every parade, worked all of the Turkey Raffles, and helped with the Lenten Fish Fry. Whatever needed to be done around the firehouse was usually taken care of by John.

John was a communicant of St. Mary’s Church in Jamesville where he served as both a trustee and as a member of the Parish Council. Upon the closing of St. Mary’s, John enthusiastically became a member of Holy Cross Parish in Dewitt. In his younger days, John enjoyed golfing and bowling with his friends in local leagues, and after he retired he paid even more attention to his family. John’s motto was “Take care of family first – all else will fall in line.”

John particularly enjoyed supporting Syracuse University and its football, basketball, and lacrosse teams. He and Leonora attended many sporting events over the years at Archbold Stadium, Manley Fieldhouse, and the Carrier Dome, and continued to do so until just a few years ago. His impact on the lives of his family and the Jamesville community will long be remembered.

Calling hours are 5 – 7 PM on Monday, November 9, 2020 at Holy Cross Church, 4112 East Genesee Street, Dewitt, NY 13214. A Mass of the Resurrection will be celebrated on Tuesday at 10AM, also at Holy Cross. Burial will be in Walnut Grove Cemetery, Jamesville.

Receive notifications about information and event scheduling for John J.

We encourage you to share your most beloved memories of John J. here, so that the family and other loved ones can always see it. You can upload cherished photographs, or share your favorite stories, and can even comment on those shared by others.

Posted Nov 11, 2020 at 08:40pm
With heavy hearts we offer our condolences to the Stach family. You were not only my neighbors, but more like family. I can't say enough how wonderful John has been to my mom and dad, and extra special to my mom after my dad's passing. So sorry we were unable to attend the services, know that you are all in our thoughts and prayers. I grew up in the best neighborhood ever! Love to all. The Nielsens', Fred, Alice, Nikki, Jeremiah and Jess and Troy.

Posted Nov 09, 2020 at 09:29pm
Such a kind, generous and dear friend to all in Jamesville. We have all been blessed by the presence of Poppa John in our community - he will be so missed, and was so loved by so very many!. - Mary Banac
Comment Share
Share via:
KJ

Posted Nov 09, 2020 at 10:49am
So sorry to hear of Mr. Stach's passing. Will always have fond memories of Mr. Stach coming into the Box Office game days to say hi and chitchat for awhile. Such an awesome man. My condolences to the whole family and to especially Lee.
Kris Jackson
Comment Share
Share via:
C

Posted Nov 08, 2020 at 12:55pm
To Aunt Lee, Kenny, Ritchie, and Ellen: Know Uncle John was loved by everyone in our large family. You can bet he’ll be sitting with my Dad watching the SU football games. Stay strong and love one another. I love you all. Chrissy
Comment Share
Share via: 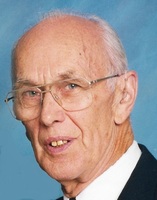 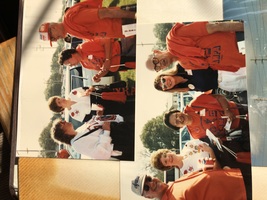