To share your memory on the wall of Mary Lou Crowley, sign in using one of the following options:

For 54 years she served as confidential law clerk to a variety of judges in the New York Court System; among them were Chief Judge Edmund H. Lewis and Associate Judge Hugh R. Jones of the Court of Appeals, Appellate Division Justice Frank DelVechio and Supreme Court Justices Parker Stone, Thomas Aloi and William R. Roy. She was an adjunct professor at Syracuse College of Law for more than 20 years, teaching the course on New York Pleading and Practice. In 1989 she received the College’s Distinguished Service Award. For several years she taught classes in the Office of Court Administration’s program mandated for judges of town and village courts.

In 1984 she received a degree of Doctor of Civil Law honoris causa from the University of the South, Sewanee, Tennessee.

Mrs. Crowley was named the Post Standard Woman of Distinction in Careers in 1970 and in 2001 was designated the Distinguished Lawyer of that year by the Onondaga County Bar Association, the first woman to be so named.

While a resident of North Syracuse she was a member of the North Syracuse Board of Education for 10 years. For a number of years she served as a reader at WCNY’s Readout Program for the visually handicapped.

A lifelong Episcopalian, she has held responsible positions in her local parishes, the Diocese of Central New York and the National Episcopal Church, serving as warden and vestryperson, president of the Diocesan Standing Committee and Deputy to 7 General Conventions of the National Church, where she was chairman of the Constitution Committee and a member of several committees and commissions.

In the hope that their gifts may lead to the discovery of some treatment that will provide life for ill children, the bodies of both Mary Lou and Ronald Crowley have been given to the Anatomical Gift Program of Upstate Medical University.

A service in celebration of Mrs. Crowley’s life will be held at a later date.

Receive notifications about information and event scheduling for Mary Lou

Print
A service will be held at a later date.

We encourage you to share your most beloved memories of Mary Lou here, so that the family and other loved ones can always see it. You can upload cherished photographs, or share your favorite stories, and can even comment on those shared by others.

Posted Nov 07, 2020 at 10:35am
Words can not express what you meant to me. You were always there for me and my children. I will always remember you.

5 trees were planted in the memory of Mary Lou Crowley

Posted Nov 22, 2020 at 04:54pm
Mary Lou and I were good friends for many years, after she moved to Fayetteville, and I lived in Dewitt. We got to know each other at St. David's, went to Syracuse Stage together for years, and enjoyed our annual ski trips to Sugarloaf Mtn, Vermont. After I moved away, I would go back to visit , staying with Mary Lou, while my grandson was in college. We kept in touch by phone and I knew she was not well in recent years. With Thanksgiving upon us, I remember the years she would get her house ready to host the big holiday dinners for the whole family. Thinking of her now brings back so many happy memories of our friendship and the good times we had together.
Lucy Groening
Hartford, CT
Comment Share
Share via:
DA

Posted Nov 22, 2020 at 02:34pm
Mary Lou Cowley as one of the best people I ever met. She was very helpful and understanding to me during our joint clerkships with Judge Jones (1976-1978). And I considered our continuing friendship over the years a privilege.

Posted Nov 10, 2020 at 03:32pm
We were very sad to hear of Mary Lou's passing. We will always remember her fondly. Rest peacefully MaryLou. Dr Upholt, Christine and Collene at Cats Only Vet Hosp
Comment Share
Share via:
JS

Posted Nov 05, 2020 at 12:45pm
I have known Mary Lou and her family since early days at St. Thomas' Church. She was a lovely lady and we kept in touch with each other through the years. My prayers go out to her family. Jan Sager
Comment Share
Share via: 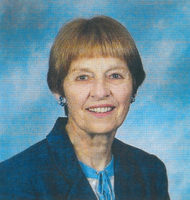