To share your memory on the wall of Robert Smart, sign in using one of the following options:

Provide comfort for the family of Robert Smart with a meaningful gesture of sympathy.

After serving his country for 2 years in the U.S. Army, he returned to Amsterdam and began a long career with the former New York Telephone Company (AT&T) in the accounting division at the Albany business office.  Soon after, Bob met and married Penelope Ann Paris of Broadalbin, NY and gained her younger siblings as his own.

Based in Delmar, NY, Bob and Penny raised 3 sons and 2 dogs, seeing all through sickness and health.  Their time at their cherished home on Glendale Ave was cut short by the 1984 break-up of the phone company, when Bob’s division transferred to Syracuse under the new entity NYNEX (now Verizon) and a new home base was established in Manlius.  After retirement with over 40 years of service, he volunteered to assist the local post office and earned several volunteer awards.  He also enjoyed acting as a poll volunteer during local elections.

He is survived by Penny; sons, Joseph (Allison) of Santa Ana, CA and James (Lea) of Jacksonville, FL. Son, Jonathan ((Tracy) predeceased him in 2015.  In addition to his children, he leaves behind numerous grandchildren: Olivia, Miles, Valerie, Jessica, Steven and Nicole.  His in-laws also mourn his passing: William (Joan) Paris of Lansdale, PA, Ellen (Phil) Goguen of Grafton, MA and Margaret Paris of Slingerlands, NY. He will be remembered by family and friends as a loving father who was kind and considerate to all.

Our thanks to the wonderful nurses and caregivers at Iroquois who took such good care of Bob since 2013.

Family and friends may call from 11 am to Noon on Saturday, February 1 at Eaton-Tubbs Fayetteville Chapel, 7191 E. Genesee St., Fayetteville. The funeral will follow the calling hours. Burial will be in White Chapel Memory Gardens in DeWitt.
Read Less

We encourage you to share your most beloved memories of Robert here, so that the family and other loved ones can always see it. You can upload cherished photographs, or share your favorite stories, and can even comment on those shared by others.

Annette Fleissner, The Vredenburghs, and others have sent flowers to the family of Robert J. Smart.
Show you care by sending flowers

Posted Jan 30, 2020 at 05:32am
Our thoughts and prayers are with you . Love from Jim and Annette Fleissner and Family

Posted Jan 27, 2020 at 05:10am
Please accept our most heartfelt sympathies for your lossour thoughts are with you and your family during this difficult time.

Flowers were purchased for the family of Robert Smart. Send Flowers

The Vredenburghs purchased the Dreams from the Heart Bouquet for the family of Robert Smart. Send Flowers 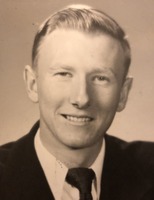